A new, separated bike lane opened along Chicago Avenue between Davis Street and Sheridan Road in Evanston this past weekend. It’s a big deal. It’s the first phase of a $13 million project to build a 2-mile protected bike lane from downtown Evanston to the northern end of Northwestern’s campus along Sheridan Road. 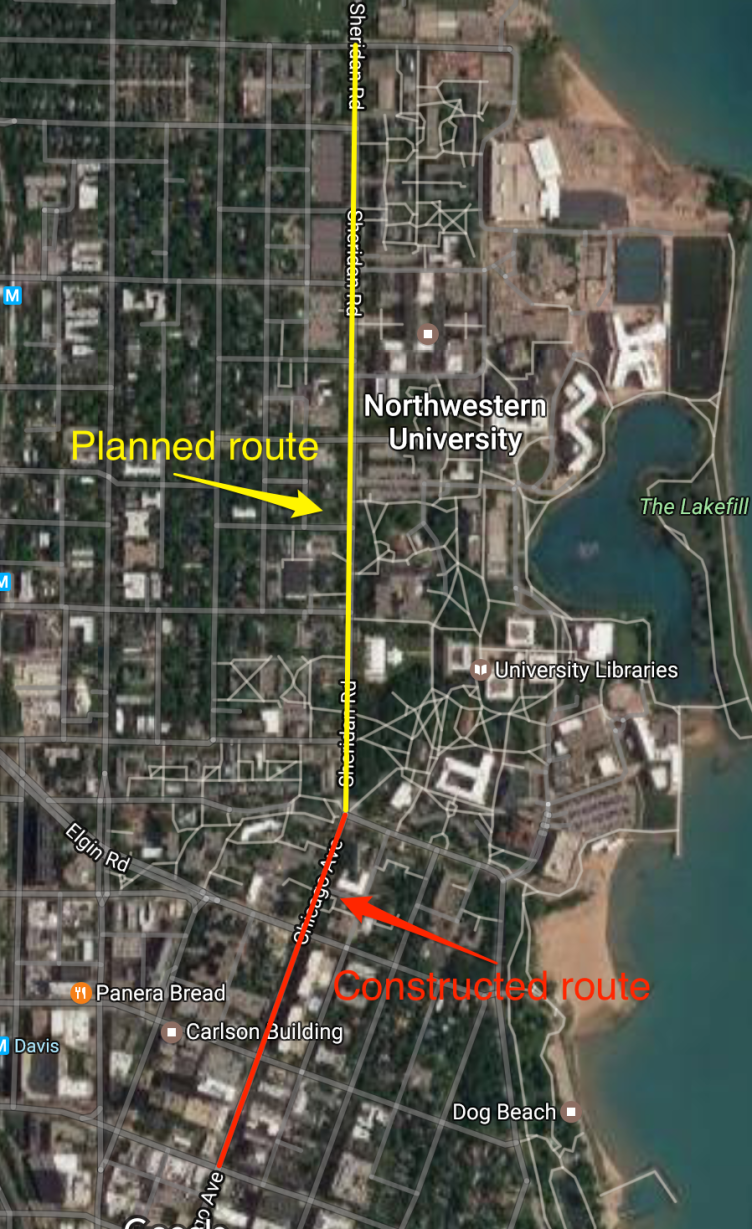 The plan was first approved in 2014, but the Evanston city council delayed it for two years. Then in September 2016, Chuyuan “Chu” Qiu, a first-year Northwestern student from China, was killed by a cement truck while turning her bike at an intersection onto Sheridan Road. That awful event spurred residents to press the city to complete the project quickly. Officials complied, and work began in late March.

At first glance, everything about the new lane suggests progress for cyclists. Few would dispute the need for better bike infrastructure on Chicago Avenue and Sheridan Road, as it’s a busy route for cyclists and drivers alike. It’s a refreshingly ambitious project, and as far as bike lanes go, it’s expensive. You’d think this would be something of a jewel in the crown of Chicagoland bike infrastructure.

But the second glance tells a more complicated story. Yes, it’s a separated bike lane. But the result so far is marred by compromises that actually create new dangers for cyclists. In many ways it’s a bike lane for drivers: its main priority is getting cyclists out of the road. What they do once they’re in the bike lane hasn’t gotten as much thought.

I won’t overstate the case, because there’s lots of good to this project. It looks like a bike lane and sometime acts like a bike lane. It provides pretty good protection to riders between blocks. They’ve even extended the walk signal timing at the intersections! That’s wonderful. But especially at intersections, where crashes tend to happen, the plan leaves something to be desired.

Read on and see what I mean.

Some details: the Chicago Avenue bike lane is bi-directional, and it runs along the east side of the street. There’s no corresponding lane on the other side of the street, even though the main destinations along this stretch, Whole Foods and Peet’s Coffee, are on the west side and regularly boast full-to-the-brim bike parking.

Pretty much all of its problems derive from the fact that it’s a bidirectional lane only on the east side of the street.

Riding in, I observed plenty of cyclists riding northbound in the bike lane — i.e., in the direction of traffic. “Great, people are using it!” I thought. But I soon noticed something amiss. Every southbound cyclist I saw was riding outside of the bike lane, on the west side of the street.

“Why are no southbound cyclists riding in the bike lane?” I thought. After reconnoitering, I came to the following conclusion: “Perhaps it’s because of the inexplicable difficulty of turning into and out of the bike lane.”

It’s surprisingly hard to get into and out of the bike lane. It makes you wonder if the Chicago Avenue bike lane actually creates more problems than it solves. Let’s look at a couple example of said new problems.

Post-bike lane, you have to cross the entirety of Chicago Avenue before turning right. You have to pass through the caravan of cars turning right from Church, which are probably stopped in your way as they wait for pedestrians to cross. Then if you’re really unlucky, a driver might be making an illegal right from Chicago onto Church Street, which would put you in some more peril.

To the plan’s credit, signs have been erected along Church telling drivers to yield to passing cyclists. But this means cyclists’ safety will depend on drivers reading the signs, and drivers don’t always read the signs. Is this safer than the old arrangement? I really don’t know.

Let’s try another example: you’re traveling north and you want to turn left out of the bike lane.

Before, you’d typically have to cross one lane of moving traffic to turn left. Now you have to cross three: two car lanes and a bike lane.

Not to mention that when I approached this intersection, I had no idea how to turn left. Should I leave the bike lane and merge into the car traffic lane before the intersection? Should I stay in the protected lane? Or should I turn when east-west traffic has the signal?

It wasn’t just me. Other cyclists seemed confused, too.

This arrangement makes me suspect the planners mainly intended to remove cyclists from the traffic lanes of Chicago Avenue — and that they spent less time working on a navigable and safe means for cyclists to get about.

Add to this confusion another intersection-related feature: a green arrow allowing drivers to turn right at Church and Chicago.

From a cyclist’s perspective, the setup is really counterintuitive. While cars get green lights to go straight and turn right, bikes get red. Cyclists are supposed to ignore their instinct to follow the main traffic signal — and other traffic — and instead adhere to the bike signal.

But how about the bike lane itself? Surely it’s a much safer place to ride than before.

Except for all the parked cars! Oy.

No, this isn’t a problem unique to Chicago Avenue. But it’s still annoying.

Of course there are many good things about the lane. Who doesn’t like barrier protection, such as along the stretch between Church and Sheridan below? The bike lane “turn-outs” at the intersections are clever, and, in theory, should reduce the likelihood of right hook crashes. They also provide a nice little westbound “bike box” to gather ahead of cars stopped at the light.

Still other caveats: this completed section is just a small portion of the overall project. No one knows how it will turn out, and it’s possible that everyone will adapt much more readily than I think. And maybe the years of planning and months of construction gave me unreasonable expectations!

But so far the result is a bit of a letdown. It looks pretty, but it forces cyclists to sacrifice safety and convenience at intersections, where most crashes occur, in exchange for a semi-protected lane between blocks. Drivers give up a few parking spaces, but they get in return improved mobility and the privilege of not having to deal with cyclists. Who benefits and who sacrifices?

The plan’s general reorganization of space — blocking off a piece of the street for cyclists — has much promise. But for the project to reach its potential, something has to be done about the intersections. 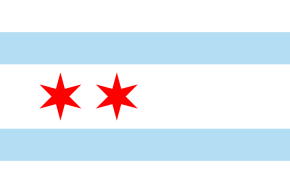