Nice weather in Chicago brings a smile to the face of many a local bike commuter.

But does it bring a smile to every bike commuter? What if you’re relying on a Divvy to get home? You might be annoyed that you can’t get a bike. Especially if you work in the Loop.

(By the way, it’s Divvy Week. You can get a free burrito or something.)

Divvy has had a tough time meeting demand downtown during good weather. We know because we’ve been documenting the evening rush hour over the past few days with the Divvy System Map.

So how have they done? How easy it was to get a Divvy bike downtown in the past few days?

Map note: The proportion of dark blue signifies how many bikes are available. If the tab is fully dark blue, it’s fully stocked with bikes. If it’s fully light blue, it’s empty. 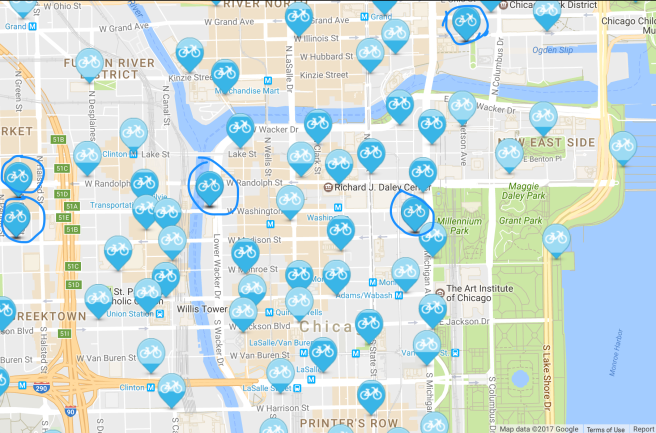 Just before rush hour. At this point, you’d think the Loop stations would be stocked with bikes. Some of them are: Millennium Park, State and Van Buren, Wacker and Washington. But many are nearly empty.

Guess what happens during rush hour? 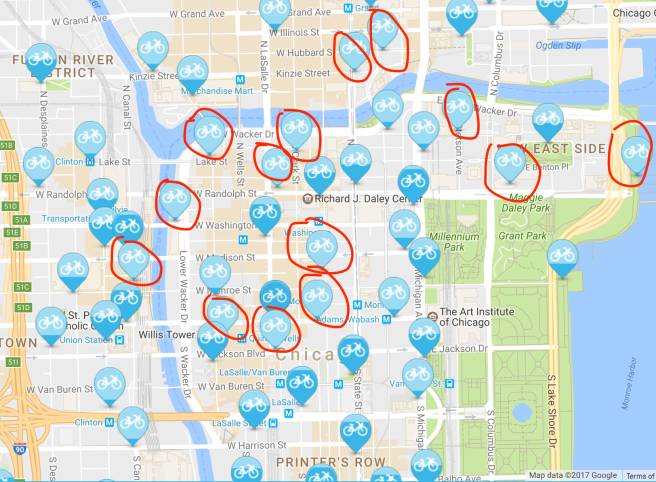 Surprisingly, many of the empty stations were almost fully stocked at 4pm– Lake & Franklin, Washington & Wacker, Madison & Dearborn, Clark & Lake. Divvy might need to add more bike docks at some of these stations.

Divvy’s rebalancing looks like it could use work, too. 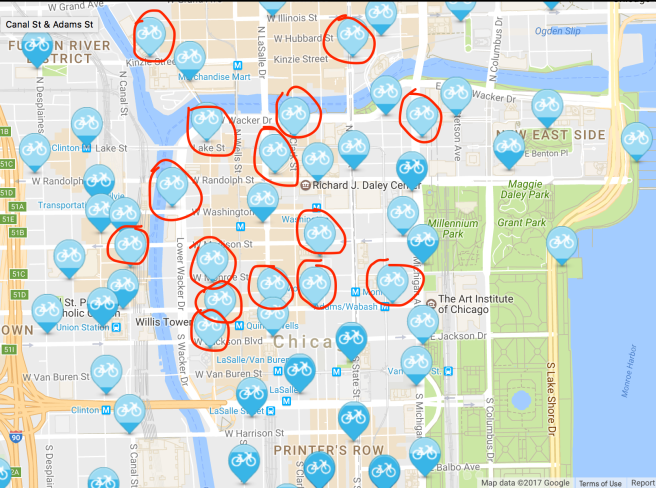 An hour later and it’s only gotten worse. 15 empty stations and no evidence of rebalancing. Imagine the poor soul in a cubicle at Franklin & Randolph, xeroxing contracts for 13 hours before finally leaving the office at 7:30pm. Then s/he’s gotta wander across half the Loop to find a bike! The horror.

Was today an exception? No. Divvy maps from last week tell the same story. 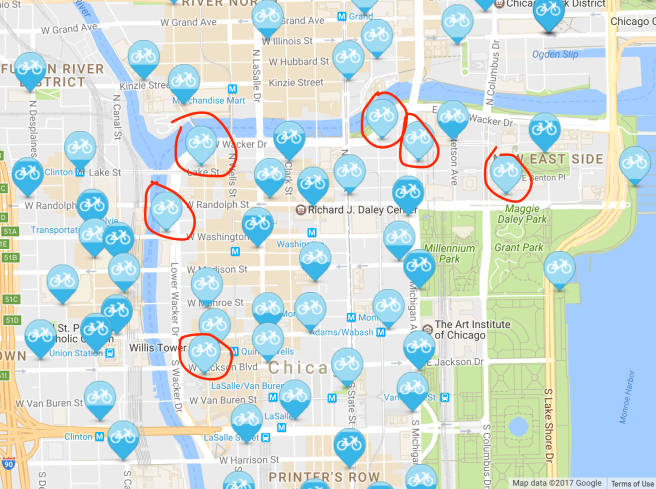 The weather wasn’t outstanding and this picture is from 6 PM, still in the middle of rush hour. But there’s already a bike shortage at six stations on the north and west sides of the Loop. 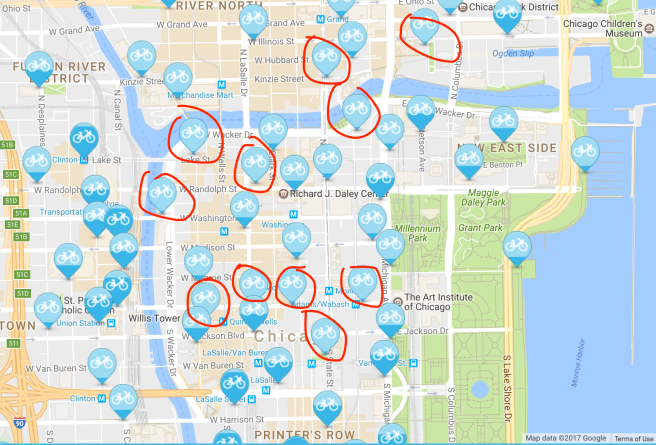 Map is from a bit late at night (sorry), but same general pattern. No bikes available at 11 stations.

For comparison’s sake: this was an overcast, rainy-ish day. The post-rush hour map doesn’t look so bad, but it’s still not perfect. 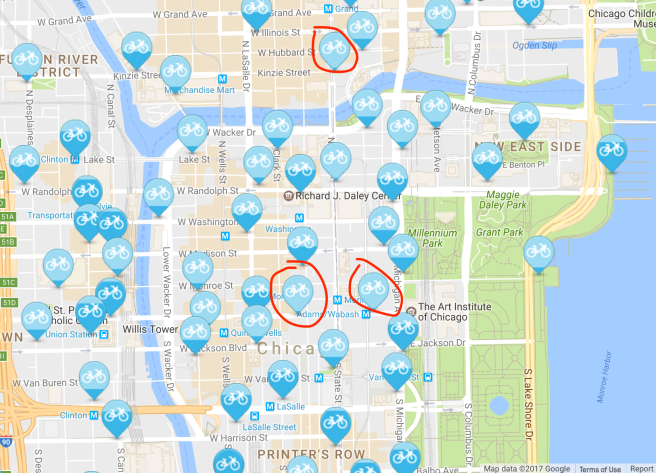 What does this all mean?

Empty stations suggest that people who want to get a bike can’t. To get a Divvy, you might have to walk three stations away. Or you might get annoyed and give up altogether.

At the very least, Divvy should consider expanding capacity at some of these stations. Especially at Lake & Franklin and Washington & Wacker, which hold 23 and 18 bikes respectively.

Granted, this isn’t the most pressing bike issue in a city that gives out tickets for riding while black. But if Divvy is to become an indispensable mode of transit in Chicago, it needs to work out the kinks.

Edit: Per Benjamin Gembler below (thanks Benjamin), Divvy recently began a valet service to provide extra bikes at certain Loop stations until 6:30 PM. Sure, it doesn’t address the post-6:30 shortages, but it’s a start. It’ll be interesting to see how this plays out as word spreads and the process is refined.

We’ll keep an eye out. Happy Divvy Week, everyone.

7 thoughts on “Nice weather? Good luck getting a Divvy downtown”