An exciting Monday, what with the corner of East Lake Street and North Michigan Avenue closed down in the afternoon because of a scaffolding issue.

As for Tuesday: a dynamic forecast. Cold in the morning, hot in the afternoon–a 27 degree temperature fluctuation! Dress with versatility. 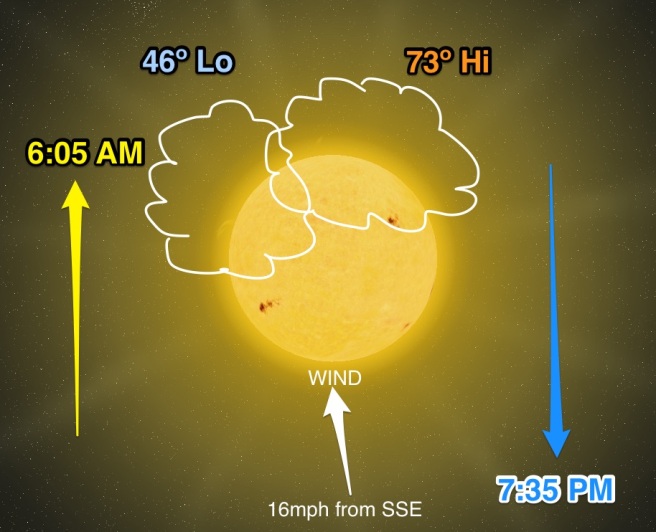 In the morning: high 40s, partly cloudy, light wind from the southeast.

In the afternoon: Low 70s, partly cloudy, 16mph winds from the south.

According to Tom Skilling, Tuesday should bring a break in chilly lake winds. But non-chilly winds are expected to persist.

Windy, but not too windy. (But cover up if you’re a longhaired cat.)

Mayor Emanuel also declared today “the start of the paving season.” The following major bike-laned streets are set to be repaved:

Unclear when this will occur, though.

In light of the recent story on CPD targeting black neighborhoods for bike tickets, Damon Jones tweeted an interesting map. It shows stolen bike reports in 2012 and 2013:

If we’re to take those numbers as a rough proxy for the number of people riding bikes, or the amount of bike-related crime, then the following is really insane: